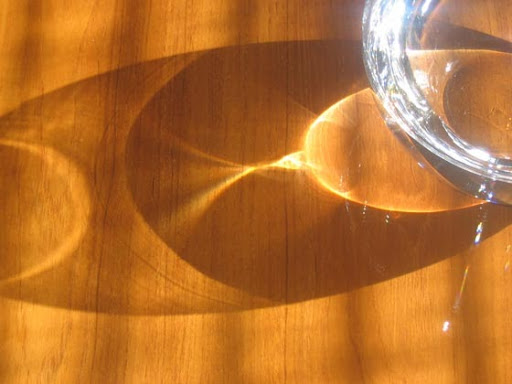 The virtue of both ascending and descending (kojo-koge) might be taken to mean that the Buddhas are transcendent and yet manifest in the world to turn the Wheel of the Dharma yet again once it has stopped spinning. But Dogen is actually speaking of the Transmission of the Lineage. This is depicted, for example in the kechimyaku or "blood-line" document that formal students receive when they receive precepts in jukai, as a red line that runs from the seven Buddhas to Mahakasyapa and from there winds throughout the generations to the name of their Teacher and then to them and then from them back to the seven Buddhas. It ascends and descends. Transmission happens in a process of giving and receiving: in receiving we return the Transmission by continuously manifesting it.

As well, there is an aspect of Transmission called "kanno-doku" or call and answer: beings call out in the midst of their suffering and Buddhas and bodhisattvas answer with the Dharma. When beings answer the Dharma by practising it, this calls forth further Teachings. A practical example of this is in leading the forms of our practice such as the great bows or chanting, the doshi or leader leads by following. So in chanting a line the doshi needs not only to be attentive of their own tone and pitch and volume and length of breath but that of everyone else in the room and try to find a balance that is alive for everyone. In co-ordinating the alignment of a bow they need to feel into the space and recognize the right pace and the right moment for each aspect of the bow, not only for themselves but as much as is possible for everyone.

So in speaking of ascending and descending, Dogen is really speaking of the actualization of intimacy which is the essential means of Transmission of the Dharma by the old Buddhas. This was realized by the Sixth Ancestor Huineng of Caoxi just as it was by the seven Buddhas.

Daiji-ki:
January 22nd is the memorial of the date of death of Daiji Tenku daiosho, who was the Teacher of Joshu Dainen daiosho, both of whom Anzan Hoshin roshi studied with.

Hermitage:
The Roshi is currently in an extended period of "self-isolation" due to underlying health issues until the COVID-19 situation clarifies.

Due to the Covid-19 Pandemic, it is not possible at this time to schedule retreats in the monastery. If you would like to sit a retreat at home please follow the schedule outlined in this page:  https://wwzc.org/retreat-schedule-public-students. We can arrange for a telephone interview or daisan providing this does not conflict with the sesshin or O-sesshin schedule listed above, under “Upcoming Events”.

Listening to Teisho and Dharma Talks

​Associate and general students should continue to follow the recorded Teachings schedule for the sitting you were attending at the monastery, and listen to that during your home practice.

You can access the online Recorded Teachings Library at wwzc.org/recorded-teachings-schedule.

You can also use the streaming site at app.wwzc.org to live stream recordings from the online Library. If you have forgotten your password or need assistance with accessing the recorded Teachings, please email schedule@wwzc.org.

Please note that teisho should be listened to in the correct order and with none missed out as themes, metaphors, questions raised and answered evolve in spirals throughout the series.

Students can access the password-protected online Recorded Teachings library on the WWZC website at https://wwzc.org/recorded-teachings or through the streaming site at http://app.wwzc.org. The custom-built media streaming site allows students to live stream recordings from the WWZC Recorded Teachings collection. It is optimized for use on smartphones and tablets, and works with most modern browsers, including Chrome, Firefox, and Safari. It can also be used on desktops. 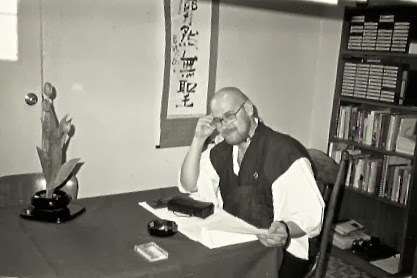 Ven. Anzan Hoshin roshi has recently completed translation work on some shorter texts by Eihei Dogen zenji from the Shobogenzo. The work on these particular texts is based upon the literal translations that he worked on with Joshu Dainen roshi at Hakukaze-ji around 1977-78 followed by many years of putting them down, picking them up, and polishing. Naturally, more essential texts such as Uji, Genjokoan, Shinjin Gakudo and some 40 others were completed first and have been given extensive commentaries by the Roshi. This batch of texts includes Baike: Plum Blossoms, Ryugin: Howling Dragon, and Udonge: The Udumbara Blossoming and many others are nearing completion. Many of these will be posted on our website over the next few months.

"Zen is Not Kidding" by Shikai Zuiko sensei https://wwzc.org/dharma-text/zen-not-kidding

While most of the online Recorded Teachings library is password-protected and only accessible to students of Zen Master Anzan Hoshin, a small selection of MP3 recordings of teisho are accessible to the public at https://wwzc.org/recorded-teachings. Additional recordings will be uploaded periodically.

Painted Cakes
(do not satisfy hunger)

Continuing on with “Painted Cakes: A Zen Dictionary” a limited edition text written by Anzan Hoshin roshi in the 1980s and last revised in 1994.

Sravaka (S) “Hearer”. Literally one of the Buddha’s Original students who actually heard his teachings. In the Mahayana the term became to mean one who studies the sutra with little understanding and aims for a conditional liberation; one whose practice is based on hearsay rather than on intimate awareness of things as they are and who struggles against the natures of dharmas. Refer to Awareness Doha.

Office of the Tenzo

Dogen zenji taught in the Tenzokyokun that the work of preparing and serving meals is "a matter for realized monks who have the mind of the Way or by senior disciples who have roused the Way-seeking mind." In alignment with this, part of Zen Master Anzan Hoshin's samu for the Community involves personally overseeing the activities of the ancient office of tenzo. Ven. Jinmyo Renge osho serves as tenzo and Mishin godo and Saigyo ino offer assistance as tenzo-anja. The following meals were prepared for residents on Monday, Tuesday and Thursday evenings this week: 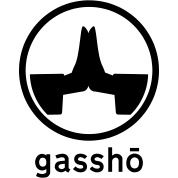 If you would like to thank someone for a contribution they have made, please feel free to send an email to Jinmyo osho at rengezo at Gmail dot com, but be sure to type "eMirror" in the subject line.

From Chiso anagarika:
Thank you for all the photographs of Shikai sensei that were posted in the eMirror after her death. It was touching to see her during different stages of her practice.